What DAW Software Does Hans Zimmer Use?

You don’t have to love or appreciate movies to have heard of Hans Zimmer.

Chances are in fact that out of all your favorite films there is more than a handful that was scored by Hans Zimmer.

It doesn’t matter if you are new to the world of DAWs are if you are a pro.

At least at one point, you must have asked yourself just how does Hans Zimmer create such musical masterpieces?

Three of my favorite films were all scored by him: Dunkirk, Blade Runner 2049, and The Dark Knight Rises.

But, for most people, if they must name just one film that was scored by Hans Zimmer the chances are that they will name Gladiator.

That also had a little-known actor, at the time, called Joaquin Phoenix as well.

So, let’s talk today about what software Hans Zimmer uses to create his incredibly dynamic, rich, warm, and emotive soundtracks.

What DAW Software Does Hans Zimmer Use?

The DAW, or digital audio workstation, is the first thing that any composer needs to decide upon.

In this case, if you ask what DAW software does Hans Zimmer use? then the answer may surprise you.

He uses two different DAWs in quite a clever way.

Instead of having one DAW to all the work, he assigns specific tasks to each DAW and plays them each to their strengths based on what he is composing and the film genre.

One is a touchscreen command center.

This has a Doepfer MIDI keyboard.

It also has a Bosendorfer grand piano, and modular synthesizers from Moog, Roland, Waldorf and others.

He also uses a lot of virtual instruments (VSTs) from popular companies like u-he and Arturia.

Now let’s get into specifics.

I am sure you want to know exactly the name of the DAWs that Hans Zimmer uses, and they are Cubase and Pro Tools.

Anyone who is into creating computer music will have heard of one if not both DAWs.

Now, based on these two DAWs alone, you need quite a bit of musical and technical knowledge to get the most out of them.

They are not exactly tailored for beginners.

The digital audio workstation (DAW) is a software tool that allows Hans Zimmer to create and record music.

But whereas most musicians are happy with just their DAW of choice you might also be wondering why does Hans Zimmer uses more than one DAW when he is scoring a film?

Now I already said it’s because they each suit different purposes and now this is where I elaborate.

I will also break down other components that Hans Zimmer uses as part of his whole studio setup.

Hans Zimmer has gone on the record to say that he uses this DAW because it is the one that he has used the most and has always used since the start of his film scoring career.

Pick the DAW that works for you and does what you need it to do.

That might be Cubase, it might be something else, but don’t pick one that you are not familiar with or comfortable using for a long time as your career progresses.

Hans Zimmer uses Cubase Pro to compose and edit the tracks he does in MIDI.

He’s in safe hands here, being German, because Cubase was created by fellow Germans Manfred Rurup and Karl Steinberg.

As you may or may not know, Karl Steinberg is the founder of Steinberg.

Now Hans Zimmer has been using Cubase since it first arrived on the scene.

So, to answer the question of which DAWs does Hans Zimmer use?

The answer is Cubase and Pro Tools, as I have mentioned.

It is through Cubase and the versatility and creativity of this DAW that allows Hans Zimmer to just experiment with sounds to come up with something truly unique.

If you don’t believe me, listen to the song ‘Flight to LAPD’ from Blade Runner 2049 on a really good sound system. 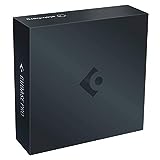 Part of using two DAWs is due to Hans Zimmer’s creative workflow.

But for him, using Pro Tools is a no brainer because it works well with and completely compliments all the stuff that he does in Cubase Pro.

That means he can move from one DAW to the other to continue with his compositions and get the sound just right that he is looking for.

That means that he shouldn’t be using Cubase Pro to do work that he can achieve much faster and much better in Pro Tools because it’s designed to do tasks like that.

One benefit of Pro Tools is that it is one DAW that can work with both video and audio tracks.

Some DAWs can only work with audio tracks, so being able to work with video as part of the overall composition process using Pro Tools is a massive bonus and a definite help for Hans Zimmer when he is creating and composing film scores. 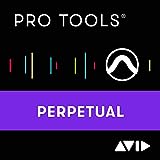 So, if you must choose just one VST to pick, go for ZEBRA by u-he.

This VST allows you to play around with different sounds and waveforms and effects.

Essentially giving you a canvas to create and experiment to make truly unique sounds for your compositions.

In the right hands, such as those of Hans Zimmer, you could even create a sound that is so unique that it is one of a kind and cannot just be bought straight out of the box.

As a little tip to help budding composers, U-He also have a VST called Zebralette.

This is a free version of Zebra to encourage musicians to try it out and see what they think.

Check It Out At Plugin Boutique

What Hardware Gear Does Hans Zimmer Use?

Now that we’ve looked into what DAW and VST plugins Hans Zimmer uses, let’s see what hardware are his must-haves:

A grand piano is a prominent part of Hans Zimmer’s studio setup.

This company is a maker of grand pianos.

They have been around for a long time and are well-known.

You have probably even heard this sound in one of Hans’s soundtracks.

They provide tender sounds, with warm bass, and a soft and angelic tremble.

Synthesizers are a part of any musician’s repertoire and Hans Zimmer certainly knows his synths.

He has a very atmospheric, almost gothic, dark studio environment.

He has an entire wall that is just a modular synth.

After all, playing with sound and creating new stuff is part of his creative process. 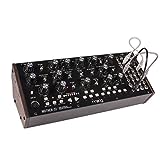 This has several benefits.

The touchscreen controller that Hans Zimmer uses is custom made.

But you can use iPads or Windows tablets, as well as apps, to achieve a similar effect.

For example, you could go with an 11.5-inch monitor, along with the app, Lemur, which is an IOS or Android MIDI controller, to have a touchscreen interface that closely resembles what Hans Zimmer uses.

The app itself costs around $25 and with the right sized monitor, you can achieve a setup that Hans Zimmer would be proud of for around $100 or so in total. 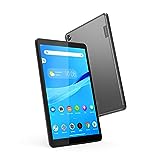 The computer that Hans Zimmer uses, because it powers the DAWs, you could say, is the heart of the entire setup.

Hans Zimmer himself has even said that the computer he uses is his instrument.

Hans Zimmer has a ton of programming experience that helps with his composition process.

Now, the specific computer he uses changes a lot, but for you, make sure you pick one that has a large amount of RAM (16GB) and a fast CPU (i5 at least).

He uses a Doepfer LMK4+ as his main MIDI keyboard.

This is a brand that is incredibly popular amongst composers.

One such composer who also uses this brand is Junkie XL.

Check it out @ Sweetwater here.

As you can see, I’ve decided to answer the question of what DAW software does Hans Zimmer use in quite some depth.

For studio monitors, Hans Zimmer is a big fan of Quested Monitors.

Again, this brand is popular amongst composers.

Couldn’t find any Quested in stock on the web at the time of writing the article, so below is a solid and reliable alternative! 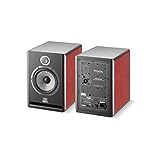 But few people know what technology, both hardware and software, was used behind the scenes to create it.

I hope that this article has been informative for you if you are either a budding musician, film score composer, or someone who just appreciated the work and talent that goes into a good movie.